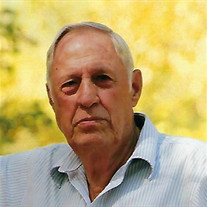 William “Rufus” Key was born in Sparkman, Arkansas, on September 29, 1938, to the late Dale and Madge Horne Key. Rufus closed his eyes in death on October 9, 2019, but we know he immediately opened them in Glory for the Bible says in 2 Corinthians 5:8, “To be absent from the body is to be present with the Lord.” Rufus, who was born during the Depression Era, was the first born and only son in his family. Because of this, he learned responsibility and developed a strong work ethic at a young age. These traits would prove advantageous to him as he went on to enlist in the United States Marine Corp after graduating from Sparkman High School in 1956. While enlisted, Rufus was recognized for being a “sharp shooter” and “rifle marksman.” In addition, his excellent typing skills landed him a job on “easy street” as Recruit Unit Diary Clerk in the Second Battalion Headquarters, San Diego, California. After an honorable discharge in 1959, Corporal Key returned home to Sparkman and shortly thereafter, began dating Alma “Jean” Daniell, the woman who would ultimately become his beloved wife. On March 5, 1959, Rufus and Jean married. In their 46 years together, they were blessed to raise three children and welcomed eight grandchildren. Rufus was employed by Sparkman/Ray White Lumber Company and White Logging for the totality of his 46-year working career. In 1974, Rufus accepted Jesus Christ as his Lord and Savior and thereafter, served Him faithfully at Ouachita Baptist Church as Sunday School Superintendent, Song Leader, Deacon, and Chairman of the Deacons. Rufus enjoyed squirrel, duck and deer hunting in his earlier years but his favorite sport, hands down, was fishing and he caught “many-a-bass” in his day. Fittingly, his epitaph reads, “Gone fishing in the Promised Land.” Rufus is preceded in death by his parents, Dale and Madge Key, his wife, Jean Key, 2 infant daughters, one sister, Leola Gilton, and 1 infant sister, Louvenia Key. Rufus is survived by his 3 children: daughter, Joannie (James) Phelps, daughter, Melanie (Billy) Stringfellow and son, Ken (Jodie) Key, all of Sparkman, his 8 grandchildren: Holly (Jacob) Ricker, Wesley Hill, Jillian (Jeremy) Horton, Nicholas (Heather) Stringfellow, Rachel (Eric) Shipp, Paige Key, Julie Key and Dylan Key, 15 great-grandchildren, and 2 sisters, Sharon Brazeale and Kathryn (Bill) Daniell. Visitation will be held on Friday, October 11th, from 6:00 – 8:00 p.m. at Benton Funeral Home in Fordyce. Funeral services will be held at 2:00 p.m. on Saturday, October 12th, at Sparkman First Baptist Church with Reverends Carley Davis and Jeremy Horton officiating. Burial will follow in Chapel Hill Cemetery with Brother Wayne Daniell officiating. Arrangements are by Benton Funeral Home of Fordyce. To sign the online register visit www.bentonfuneralhome.net How thankful we, his children, are for the blessed hope and assurance that we will see our daddy again. We find comfort today in the sweet reunion we know our mama and daddy had when she looked up from her vantage point by the River of Life and saw daddy finally coming home. Till we meet again…We love you both so very much! And even now, we can hear daddy singing one of his favorites, and this time, he is singing it to the Master Himself… “Jesus, Jesus, Jesus…there’s just something about that Name… Master, Savior, Jesus… Like the fragrance after the rain… Jesus, Jesus, Jesus… Let all heaven and earth proclaim… Kings and kingdoms… Will all pass away... But there’s something about that Name!”

William &#8220;Rufus&#8221; Key was born in Sparkman, Arkansas, on September 29, 1938, to the late Dale and Madge Horne Key. Rufus closed his eyes in death on October 9, 2019, but we know he immediately opened them in Glory for the Bible says... View Obituary & Service Information

The family of William Rufus Key created this Life Tributes page to make it easy to share your memories.

William “Rufus” Key was born in Sparkman, Arkansas, on September...

Send flowers to the Key family.