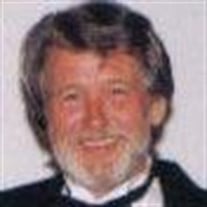 Ronnie Mack Stringfellow, 73 of Hampton, went to be with his Lord and Savior and his beloved Linda on February 6, 2020. Ronnie spent 60 years in the concrete business, often doing charitable jobs for schools, churches and the community. After retiring, he spent his days as an attendant for the Calhoun County Landfill, where you could always find him with fresh coffee made and ready to talk with anyone who came by. In the spring and summer, his garden was admired by many. He loved to see things grow and took great satisfaction in sharing with those around him. Children from all around knew Mr. Ronnie always had watermelons and pumpkins for them and was quick to hand out “icee money”. Fall and winter were always welcomed with a warm fire, deer sausage and lively conversation in the barn. It has been said, many of the world’s problems were solved around the grill. Ronnie was a member of Antioch Baptist Church, where he and Linda both gave tirelessly to the growth and construction of the new sanctuary participating in fundraising events, building and helping any other way needed. Ronnie is preceded in death by his true love, Linda. One sister and five brothers. Parents Roger Mack Stringfellow and Alice Reed Franklin, Roland and Marie Owens. Grandparents, Bruce and Ever Lee Stringfellow and one great granddaughter, Lily Johnson. Survivors include sons Gary Donberger (Karen) of Charleston, AR and Ronny Stringfellow Jr. (Angie) of Hampton; daughters Cindy Milligan (Larry) of Wilmar, Lessa Lowe (Al) of Little Rock, Rhonda Ward (Tommy) of Hampton and Kathy Stringfellow of Hampton; special friend Judy Avitts of Hampton; 16 grandchildren; 33 great grandchildren; and 2 great-great grandchildren, 9 sisters and 7 brothers. Visitation will be Friday, February 7, 2020 6pm to 8pm at Antioch Baptist Church, Hampton. Funeral will be Saturday, February 8 at 10am at Antioch Baptist Church, Hampton with Rev. Mike Nutt and Rev. Rickey Smith officiating. In lieu of flowers, please make memorials to Lifetouch Hospice, 2301 Champagnolle Rd, El Dorado, AR 71730. Arrangements by Benton Funeral Home of Fordyce. To sign the online register visit www.bentonfuneralhome.net

Ronnie Mack Stringfellow, 73 of Hampton, went to be with his Lord and Savior and his beloved Linda on February 6, 2020. Ronnie spent 60 years in the concrete business, often doing charitable jobs for schools, churches and the community. After... View Obituary & Service Information

The family of Ronnie Mack Stringfellow Sr. created this Life Tributes page to make it easy to share your memories.

Ronnie Mack Stringfellow, 73 of Hampton, went to be with his...

Send flowers to the Stringfellow family.