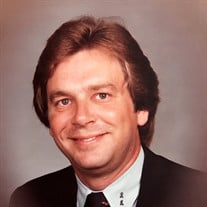 Rodney Mel Mathews, age 69, formerly of Fordyce, passed away Monday, December 23, 2019 at Alcoa Pines Nursing and Rehab in Benton, Arkansas. He was born September 2, 1950 in Pine Bluff, Arkansas to the late Julius Thurston “J.T.” Mathews and Anne Merle Mullikin Mathews. He was also preceded in death by his brother, Carl Lee Mathews. Rodney was baptized at an early age at the First Baptist Church of Fordyce. He graduated from Fordyce High School in 1968 and attended Southern State College (now Southern Arkansas University) in Magnolia, Arkansas. Rodney was a former businessman, owning Mathews of Fordyce clothing store and Chidester Well Drilling Service, where he was a member of Fordyce Chamber of Commerce. He loved music and had a natural talent for playing the guitar and the piano. Rodney is survived by his daughter Stacy Mathews Savage and her husband, Jonathan of Arkadelphia; son, John Thomas “John Tom” Mathews and his wife, Sunni, of Fordyce; son, Robert Justin “Rob” Mathews of Conway; sister, Connie Mathews Gill and her husband, Lawrence of Fordyce; sister-in-law, Gail Hawkins Mathews, also of Fordyce; and three grandchildren, Daniel House, Harper Mathews and Emi Beth Mathews, all of Fordyce. In lieu of flowers, memorials may be given to the First Baptist Church of Fordyce, 501 N. Main Street, Fordyce, Arkansas 71742 or to the charity of your choice. A memorial service will be held at a later date. To sign the online register : www.bentonfuneralhome.net.

The family of Rodney Mel Mathews created this Life Tributes page to make it easy to share your memories.

Send flowers to the Mathews family.