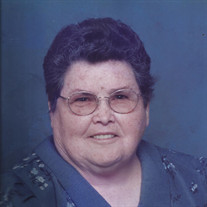 Martha Lewis Meece Jordan, 89 of Logansport, LA, formerly of Fordyce, died Friday, October 19, 2018. She was born April 15, 1929 in Fordyce, Arkansas to the late Martin Lewis Meece and Nora Ethel Gill Meece. She had lived in Logansport for the... View Obituary & Service Information

The family of Martha Lewis Jordan created this Life Tributes page to make it easy to share your memories.

Send flowers to the Jordan family.