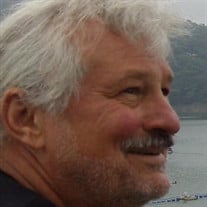 John Frank Scott, 73, of Thornton, Arkansas, died October 19, 2021, at home surrounded by his loved ones after a courageous yet exhausting battle against cancer. John is preceded in death by his parents, Frank and Connie Lee Stell Scott and his brother Thomas Earl Scott. He is survived by his wife of 53 years, Sharon O’Dell Scott, daughter and son-in-law, Beverly and Jake Ellis, and grandson, Brett Scott Clark, all of Thornton; sister and brother-in-law Lena Mae and James Womack of Fordyce; sisters-in-law Ginger O’Dell of Florida, Elaine Ables and husband Bro. Jerry Ables of Camden; Denise Scott of Cabot; and brother-in-law Scott O’Dell and Emily McMahan of Connecticut. John is also survived by nephews Scott Womack; Jeremy and Johnathan Ables; Josh and Dylan Ledbetter; and Dusty Scott, and by nieces Indya Willis, Rachel Smith, Crystal Fell, and Gabby Ables; Leann Scott Johnson, and Cali and Sophia O’Dell. In addition to his biological daughter, John is survived by his Egyptian daughter, Hanan Karoussa, and his Taiwanese daughters, Lauren Wu, Judy Chang, and Linda Chen. John attended Southern State College (now SAU) and graduated from the University of Arkansas at Fayetteville with a Bachelor’s Degree in Mechanical Engineering in 1972. John was always a Razorback fan, especially loving attending Hog baseball and softball games in recent years. John taught at Southwest Technical Institute, worked at BEI in East Camden and in Fort Worth, Texas, and retired from General Dynamics. John was the program manager of the Hydra 70 program. John went back to work as a consultant for Day and Zimmerman after retirement. John was extremely active in the Thornton community serving many roles such as the president of the Thornton Jaycees, a founding member of Thornton Step-By-Step, Inc., a school board member, a city council member, founder of the Hot Lips BBQ Cookoff, and John was the Chief of the Thornton Volunteer Fire Department until his health issues forced him to resign earlier this year. John’s greatest love was his Lord Jesus Christ. He was a member of the Thornton United Methodist Church his entire life and he worked diligently in many capacities to keep his church running smoothly. His church family was as important to him as his biological family and he loved them dearly. John loved music and attended the New Orleans Jazz Festival since 1985 and the King Biscuit Blues Festival since 1991. He and Sharon made friends from all over the world. John loved people and they loved him. John loved to travel, going to Cape San Blas in Florida most often, but he and Sharon traveled the southwest United States extensively and visited Taiwan, Sweden, Costa Rica, and San Juan. They had many more travel plans that cancer stole from them. Visitation will be at Benton Funeral Home in Fordyce from 6:00 to 8:00 on Wednesday October 20. A memorial service honoring John’s life will be held at the Thornton United Methodist Church on Thursday morning at 10:00 with Bro. Phillip Salmon, Bro. Ron Grigsby, and Bro. Jerry Ables conducting the service. Arrangements are by Benton Funeral Home of Fordyce. To sign the online register visit www.bentonfuneralhome.net .

John Frank Scott, 73, of Thornton, Arkansas, died October 19, 2021, at home surrounded by his loved ones after a courageous yet exhausting battle against cancer. John is preceded in death by his parents, Frank and Connie Lee Stell Scott and... View Obituary & Service Information

The family of John Frank Scott created this Life Tributes page to make it easy to share your memories.

Send flowers to the Scott family.