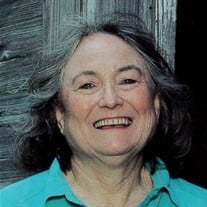 Arkansas’ Angel; Jo Ann James Cayce of Thornton, passed away peacefully at home surrounded by family and friends on Wednesday, September 26, 2018. She was born February 28, 1932, in Holly Springs, Arkansas. She owned and operated Cayce’s Antiques for 45 years. She devoted her life to serving those less fortunate and operated Cayce’s Charities for over 55 years. She was a devoted minister’s wife and a member of Cane Creek Primitive Baptist Church in Thornton. She assisted her husband Hartsel Cayce at Cayce Publishing Company. She was a contributing writer of The Primitive Baptist international newspaper and handled correspondence to comfort, encourage, and inspire its readers. She and her husband were married 68 years. Jo Ann was a graduate of Thornton High School. She served on the Bearden School Board for many years. She received the Arkansas School Boards Association Award. For her charity work to help children, elderly and the disadvantaged in rural south Arkansas Jo Ann received many state and national awards. She received Arkansas’ Volunteer of the year award, Arkansas’ Community Service Award, and she was inducted into Washington D.C‘s National Hall of Fame as America’s Most Caring Individual. Ladies Home Journal named her as one of its 50 American Heroines, and articles were written about her charity work in Family Circle and other national magazines. She has been featured in television films and documentaries. A book, The Charity Letters; of Jo Ann Cayce, was published in 2008. She received a Presidential Award from Bill Clinton and the President’s Volunteer Action Award from George H.W. Bush. She received honors from Governors, insurance companies, civic organizations, state agencies, and mayors, but her favorite award was a small statue of a horse on a pedestal given to her by a young boy thanking her for caring for him and the community. Jo Ann Cayce was named Arkansas’ Angel by the poor and needy people she cared for. She is preceded in death by her husband, William Hartsel Cayce, her parents Gurtman Karel James and Jewel White James; and her brother Bill T. James. She is survived by her four children, Kandy Cayce of Sherwood, Joannie Cayce of Thornton, Gaye Lynn Cayce Buttrey (Frank) of Newnan, Georgia, and Paul Cayce (Tona) of Thornton; four grandchildren, Cayce Aaron Buttrey (Brittany) of Atlanta, Georgia, Daniel Cayce (Candice) of Hampton, Audrey Culp (Cody) of Ivan, and Whitney Quillin (Christopher) of Helotes, Texas; six great-grandchildren, Cole, Tate, Drew and Luke Culp, and Nora and Alli Quillin. She is also survived by her brother Jimmy James and sister Barbara James Whitley (Paul), both of Thornton. The family would like to thank Ouachita County Medical Center Hospice Team and especially Traci RN, Linda HA, Becky SW, and Dr. Braden. Also the family thanks the many friends and church members that gave support. Visitation will be Friday 6:00 p.m. to 8:00 p.m., and funeral services will be Saturday at 2:00 p.m., both at Benton Funeral Home in Fordyce. Elder Paul Cayce and Elder Frank Buttrey officiating. Arrangements by Benton Funeral Home of Fordyce. To sign the online register visit www.bentonfuneralhome.net.

The family of Jo Ann James Cayce created this Life Tributes page to make it easy to share your memories.

Send flowers to the Cayce family.